Writers to gather in Gulf Shores for April Conference

Writers from Alabama and all over the Southeast are packing their sandals and sunglasses for a weekend on the beach where they will learn how to get published and can network with other writers at the Silken Sands Writers Conference.

Sponsored by the Gulf Coast Chapter of Romance Writers of America, the conference will be held at the White Sands Resort Holiday Inn in Gulf Shores on April 25-27. The registration fee is $125 before April 1, $150 after. “The conference has something for every fiction writer,” said chapter president Elizabeth Smith of Pass Christian, Miss. “Although we are a romance chapter, we believe good writing has common elements that cross all genres. We invite all writers to participate.” 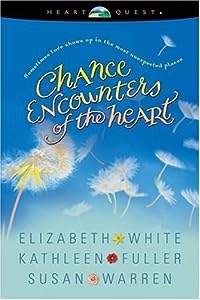 Conference chair Fran McNabb of Ocean Springs, Miss., agreed. “This is a wonderful opportunity for aspiring writers to talk with New York editors and agents, learn from successful writers, and meet others who share their interests. One of our members sold her first book to an editor she met at our conference. Writers at every level will find something of value here.”

Award-winning, best-selling author of 22 historical and contemporary suspense novels, Katherine Sutcliffe of Houston is the keynote speaker at the Saturday evening banquet.

Gayle Wilson of Hueytown, Ala., will give the kickoff speech. Named the 2000 RITA winner for Best Romantic Suspense, she writes for Harlequin Intrigue and has published 29 novels, including fiction set in the English Regency period. She won both the Kiss of Death Award and the Laurel Wreath Award for Excellence in 1998 and 1999, and she received the Texas Gold Award and The Dorothy Parker Award for Category Romance in 1999.

Editors from BantaDell, BarbouHeartsong, Silhouette and New Concepts will offer publishing advice and conduct individual interviews, along with agents from the Evan Fogelman Literary Agency and the Jane Rotrosen Literary Agency.

Participants who have completed a manuscript may schedule individual appointments with editors and agents on a first-come, first-serve basis. They could also win a 15-minute critique with an editor or agent, based on 30 double-spaced pages of their manuscript.

A number of authors will share their expertise by giving workshops or in talking casually about writing. One prominent Alabama author appearing is mystery writer Carolyn Haines of Semmes, a former writing teacher. Author of several mainstream novels, she also publishes a series of “Bones” mysteries with Bantam books. Under the name of Carolyn Burns, she writers Harlequin Intrigues featuring Familiar the Cat.

South published young adult romances for Bantam’s long-running Sweet Dreams series, then switched to writing Regency romances. After one editor told her no woman could possibly fall in love with the hero of “The Weaver Takes a Wife,” she formed PrinnyWorld Press to publish it herself. Ironically, the book garnered rave reviews. Her four Regencies have been re-issued by Thorndike Press. Her latest book is “The Cobra and the Lily.”

Elizabeth White, who writes Inspirational romances for Tyndale House Publishers‘ HeartQuest line, has had four novellas published in anthologies. Her latest, “Chance Encounters of the Heart,” was released in February. She is under contract for her first full-length, three-book series. A creative writing and journalism teacher, she sold her first novella to Tyndale in 1998 after meeting an editor at that year’s Silken Sands conference.

Martha Longshore, aka Tess Pendergrass, just released the third book in her Colorado Trilogy, “Colorado Sunrise.” Her next mystery, “Dark of the Moon,” is due out December 2003.

Vicki Hinze of Niceville, Fla., has a wealth of advice for beginning writers. She is a multi-published, award-winning novelist, with her latest suspense novel, “Lady Liberty,” nominated for several awards. Other authors presenting workshops include Readers’ Choice award winner Robin Wells and Rita finalist Linda Kay West, who writes as Dixie Kane. Both women live in Mandeville, La.

The Gulf Coast Chapter of RWA draws membership from Mississippi, Alabama and Florida. They meet in Mobile the first Saturday of the month at 11 a.m. at the American Cafe on Airport Boulevard.